Richard Zimler was born in New York but has lived in Portugal for the last 24 years.  His novels have been translated into 23 languages and have appeared on bestseller lists in many different countries, including the USA, England, Australia, Portugal, Brazil and Italy.  Four of his books have been nominated for the International IMPAC Dublin Literary Award, and he has won literary prizes in America, France, Portugal and the UK.

Strawberry Fields Forever, his tenth novel, is his first foray into the field of Young Adult fiction.  It explores the difficulties faced by a Portuguese teenager named Teresa who moves from Lisbon to suburban New York.  Unprepared for life in America – and, in particular, the vicious teasing she encounters at school – she finds solace in her books, her unstoppable sense of humor and her father’s playful affection.  Her only friend, Angel, is a gifted but awkward 16-year-old from Brazil who worships John Lennon and his music. When her beloved father dies, Teresa’s world comes undone.

Zimler has also written two books for small children that have been published in Portugal and Brazil: Dança Quando Chegares ao Fim and Hugo e Eu e as Mangas de Marte.  His website is www.zimler.com 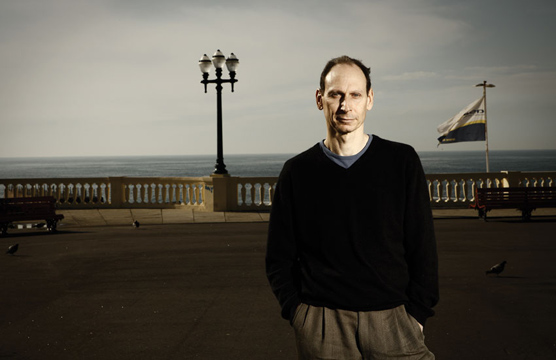 Back in 1990, when I first moved to Portugal, I discovered that my university students were far more passive than their colleagues in America. I taught for 16 years, the last five at the University of Porto, and it was always very frustrating for me to try to motivate them. Most of them seemed to have lost their enthusiasm and curiosity. When I stopped teaching, in 2006, I decided to do my best to turn this situation around, but I also realized that students already in their twenties were probably too set in their ways – too used to their own passivity – to change. So I decided to start with young children, hoping with my books to stimulate their imaginations, enhance their curiosity and communicate to them – in between the lines and with the illustrations – that the world needs their passion and enthusiasm. I also wrote a novel for adolescents entitled Strawberry Fields Forever (Ilha Teresa in Portuguese) in which I tried to broach topics not usually explored in novels for young adults, including immigration and homosexuality. In part, I was trying to communicate to teenagers that they have the right to be themselves – that their life doesn’t belong to their parents or teachers. I would like my young readers to understand that they may have only one chance to live an authentic and fulfilled life. So why waste it being passive, inattentive and bored?