Ana Saldanha is one of Portugal’s leading contemporary writers for children and young people. She has over 30 books currently in print and has won several literary awards.  She is best known for her young-adult novels, tackling difficult rite-of-passage issues, which have become established school  texts. Ana is also a translator of modern fiction, including Booker and other international-prize lists.   She did her Masters degree at Birmingham in the UK, followed by a literature doctorate from Glasgow University.  She is now resident again in Porto, her home town, where she is involved in the local literary community, promoting writer-evenings and books for the blind with the central library, and reading-therapy for children with the city hospital.  Her extended Porto family, currently spanning nine decades, has inspired much of her work.  She keeps her UK links via her partner, who lives in Brighton. 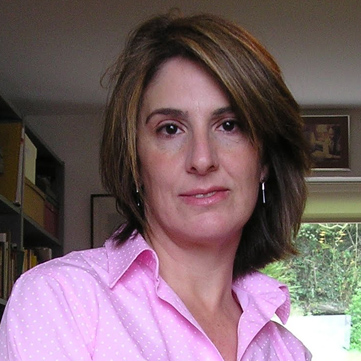 Title: Certificate 16 — the boundaries of literature for children and young people

Children’s literature is the only genre explicitly defined by its target audience. This creates expectations about its themes, approaches, messages, and objectives. A tendency has developed in books for children and young people to tackle more fracturing topics — sexuality, drugs, violence, racism, and death. But these books are expected to have a clear agenda, which includes promoting awareness, helping young people to deal with the stark realities of their environment, and providing models that the adult world considers desirable. To defy those expectations and the conventions of the genre, either in content or form, and thus to appear to break the contract implicit in the genre’s profile, has its perils — and its rewards.

Concentrating on my novel for young people, Para Maiores de Dezasseis (For Sixteen and Over), and on my poem for younger childen, Gato Procura-se (Missing Cat), illustrated by Yara Kono, I intend to explore how far and to what purposes the boundaries may be pushed, and the potential consequences of doing so.